I have been doing some researches on coffee machines and quite inspiring, there are a few emerging new machines coming up in the market. The two interesting coffee brewers that I found are Impress and Aeropress, both gain helps from Kickstarter.

The designs and the features of these brewers are innovative. They both aim to simplify the coffee making process and yet retain the quality of the drink. Unlike the espresso machines or capsule machines, these two brewers use the similar brewing mechanism as a French press. The mechanism is simple:  mixing hot water with the coffee ground and left for a few minutes, then pressing it down and squeezing out the coffee.

How does Impress brewer work?

Impress coffee brewer is basically a fusion between a French press and a thermo mug. Instead of having just one cylinder like a normal press, it has two parts – one outer cup and one inner cup. These cups have a triple-layered wall which can keep your coffee warm for a long time.

Just like a French press, all you need to do is to put the grounds and the hot water in the outer cup, leave it to brew for three minutes (according to the Impress’ instruction), then insert the inner cup and push it down, separating the coffee liquid  from the grounds.

What’s so good about it?

After pressing the inner cup inside the outer cup, you don’t need to pour out the coffee. You can just leave the coffee in the brewer and it acts like a travel mug.

The fact that even after brewing, the coffee would keep staying on top of the grounds somehow put me off a little bit. As you know, the longer the coffee grounds contact with the water, the stronger the coffee gets. Also there seems to be some designing issues with the product – according to Matt, it feels awkward when you are drinking the coffee through the lid.

Impress is designed for someone who like strong French press coffee and need to bring your hot coffee with you while traveling. Bill from Purecoffeeblog has made a full review on this brewer, you can check it out here.

How does Aeropress work?

Aeropress is a French press with air pressure. Unlike the normal French press where you simply separate the coffee from the grounds upon pressing down the filter, the Aeropress plunges air into the chamber and push the coffee out of it.

The brewer requires a paper filter sitting at the bottom of the chamber. Simply add the grounds and the hot water into the chamber and stir the mixture for a few seconds. Then insert the plunger and push down gently, squeezing the coffee out of the chamber into a cup below.

What’s so good about it?

Because air pressure is given when brewing the coffee, the result is similar to making espresso. This might not be as authentic as the usual espresso. But Aeropress does make your coffee quickly.

It might make a cup of good coffee but the machine itself looks terrible. The plastic looks cheap and I wouldn’t want to put it on my kitchen top. And I personally prefer the good old espresso machine when it comes to making coffee.

The Aeropress does make decent coffee if you are tired of using the normal espresso machine. It is easier to use and less messy than the other machines. It is not very expensive neither so if you are feeling adventurous you can give it a try. 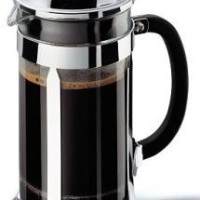 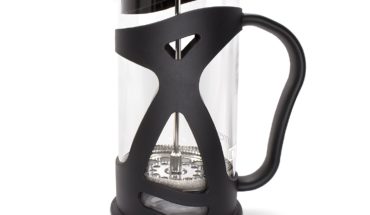 Here at Your Best Coffee Machine, we LOVE coffee and all things related to or eaten with COFFEE.

Our goal is to create an independent, informative and fun place for all coffee lovers to learn more about their passion – COFFEE !!

JOIN US – read about coffee, drink coffee, eat great food (with coffee – of course!) and have some fun whilst getting properly caffeinated.

Our Most Popular Guides